Winding Down and Virtualization Study

Written By Peter Fleming of Soundview IT Solutions

In the middle of 2011 a Connecticut based hedge fund announced their founder was retiring and the fund would subsequently be closing its doors. Among the myriad of issues the hedge fund faced, one was definitively solved when they chose SoundView IT Solutions (SVITS) for guidance during this process. SVITS was chosen to manage the information services role of the firm’s turn down because of their depth of experience servicing alternative investment firms as an IT solutions provider. Additionally, having been a spin out of Pequot Capital, a multi-billion dollar fund which closed years earlier, the IT team had proven experience in un-winding a sophisticated IT infrastructure.

First step in tackling this project was for Gary Logvin, a founding partner of SVITS, to interview the remaining business units at this hedge fund. Gary learned which systems and services were critical during the wind down process. Specialist teams within SVITS were then able to determine how to consolidate the hardware into a more efficient platform. By identifying the critical components of the remaining infrastructure, SVITS was able to consolidate their server environment, thus reducing redundancies and ultimately creating a more efficient platform. The team took newer servers and created a VMware environment, migrating 20 physical servers to 1 virtual server. After porting several phone lines they decommissioned the system that was in use and replaced it with simple multiple 4 line phones.

The next phase of the project required IT Asset Management’s (ITAMG) expertise as they were instrumental in identifying essential and nonessential hardware. SVITS provided ITAMG a list of the physical inventory on site. ITAMG advised on which inventory was deemed to have value and subsequently would provide liquidation prices and other inventory that had no value which SVITS could dispose of properly. Aside from this guidance by ITAMG, a monetary “bonus” was paid to the hedge fund for the hardware liquidation that helped offset the costs of closing, IT consulting, data destruction, logistics, and recycling services.

In addition to ITAMG’s guidance on disposing of the hedge fund’s hardware, SVITS utilized their services to extract hard drives from work stations and servers as well as legacy tapes outside of the retention policy and have them destroyed in strict accordance with legal and security requirements.

As a result of the teamwork provided by SVITS and ITAMG, the hedge fund not only received expert service but was able to save money in the process.

SoundView IT Solutions, LLC is an outsourced IT Solutions provider based in Fairfield, CT. Peter Fleming heads up SVITS’ business development initiative. Like the rest of the SVITS team, Peter is a Pequot Capital alumni, a multi-billion dollar hedge fund that closed in mid-2009. Peter has more than 20 years of experience in the financial industry, prior to joining SVITS he was in terminal sales at Bloomberg, LP.

We are developing and aggregating the top stories related to IT management, infosec, and computer hardware from the unique perspective of EOL experts.

You will stay in touch with: 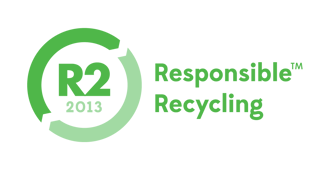 You Also Want To Review:

Visit our Main Site at: www.itamg.com